Rick Bass — The Traveling Feast: On the Road and At the Table with My Heroes

Rick Bass — The Traveling Feast: On the Road and At the Table with My Heroes 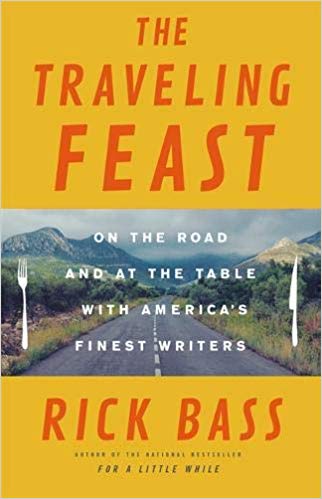 Author and environmental activist, Rick Bass is the author of over two dozen books of fiction and nonfiction including Why I Came West, Ninemile Wolves, The Watch: Stories, All the Land to Hold Us, and The Traveling Feast: On the Road and At the Table with My Heroes. His nonfiction has been anthologized in Best American Spiritual Writing, Best American Travel Writing, and Best American Science Writing, and he has received fellowships from the NEA and the Guggenheim Foundation. His fiction has been anthologized in Best American Short Stories, and his work been excerpted in and received commendations from many magazines including O, The Oprah Magazine, the New York Times, and the Los Angeles Times. In 2017, Bass was awarded The Story Prize for his short fiction collection, For a Little While.  His stories and articles have appeared in numerous journals and magazines, including the Paris Review, the New Yorker, Atlantic Monthly, Narrative, Men’s Journal, Esquire, Gentlemen’s Quarterly, Harper’s, and Orion.